Roman Road is pleased to be participating in the first associate programme of Art Night with a special screening of Sophie Cundale’s After Picasso, God on Saturday 1st July 2017.

After Picasso, God (2016) was a co-commission between Serpentine Galleries and South London Gallery. The film sees a woman (played by Cundale) visit a hypnotist to address an unwanted addiction. As part of her cure, objects, people and images are transformed through hypnosis; pain is bought to the surface and removed through analgesia. The title refers to the artist Dora Maar, Picasso’s lover and muse, who after the break-up of their affair, declared: “After Picasso, Only God.”

The screening has been organised as part of Meshes of the Afternoon, a group exhibition curated by Attilia Fattori Franchini, on display at Roman Road until 20 August 2017. 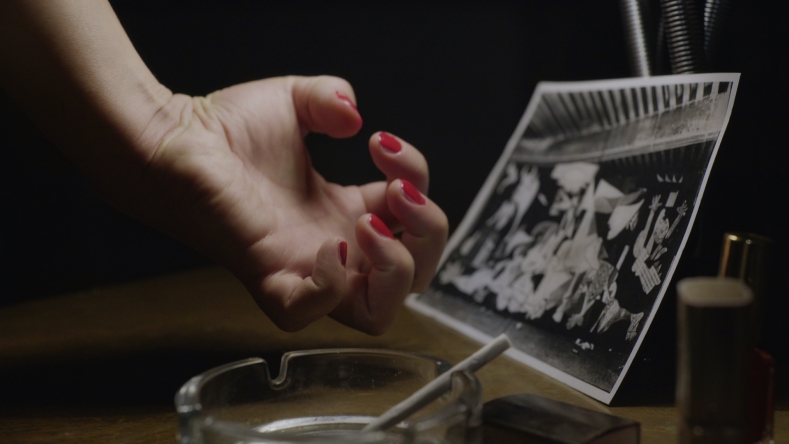